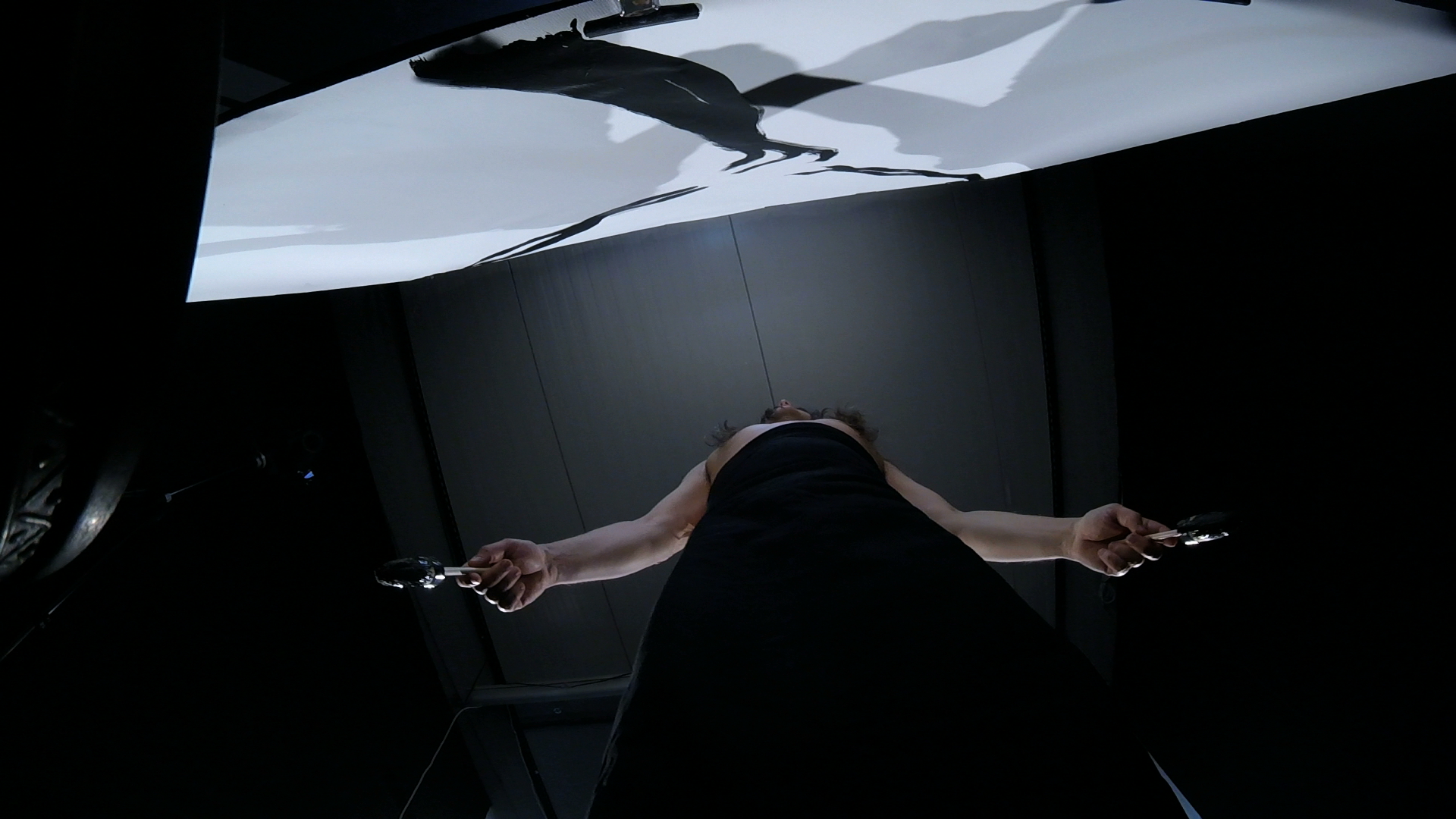 TSP Trance-Sonic Painting is a performance in which, driven solely by sound, the artist becomes a medium able to make visible on canvas the sensations aroused by sonic vibrations.

The performance begins by generating a sound oscillation (a certain type of waveform) in order to induce a hypnotic trance similar to that provoked by mantras. In this state of consciousness the artist moves his hands and transposes the sound to the bidimensionality of the canvas, from which a series of definite images and signs begin to emerge. Once the picture has reached its full manifestation, the performance can be said to have ended.

The whole process is documented by a video footage that is an integral part of the work, together with the product framework.