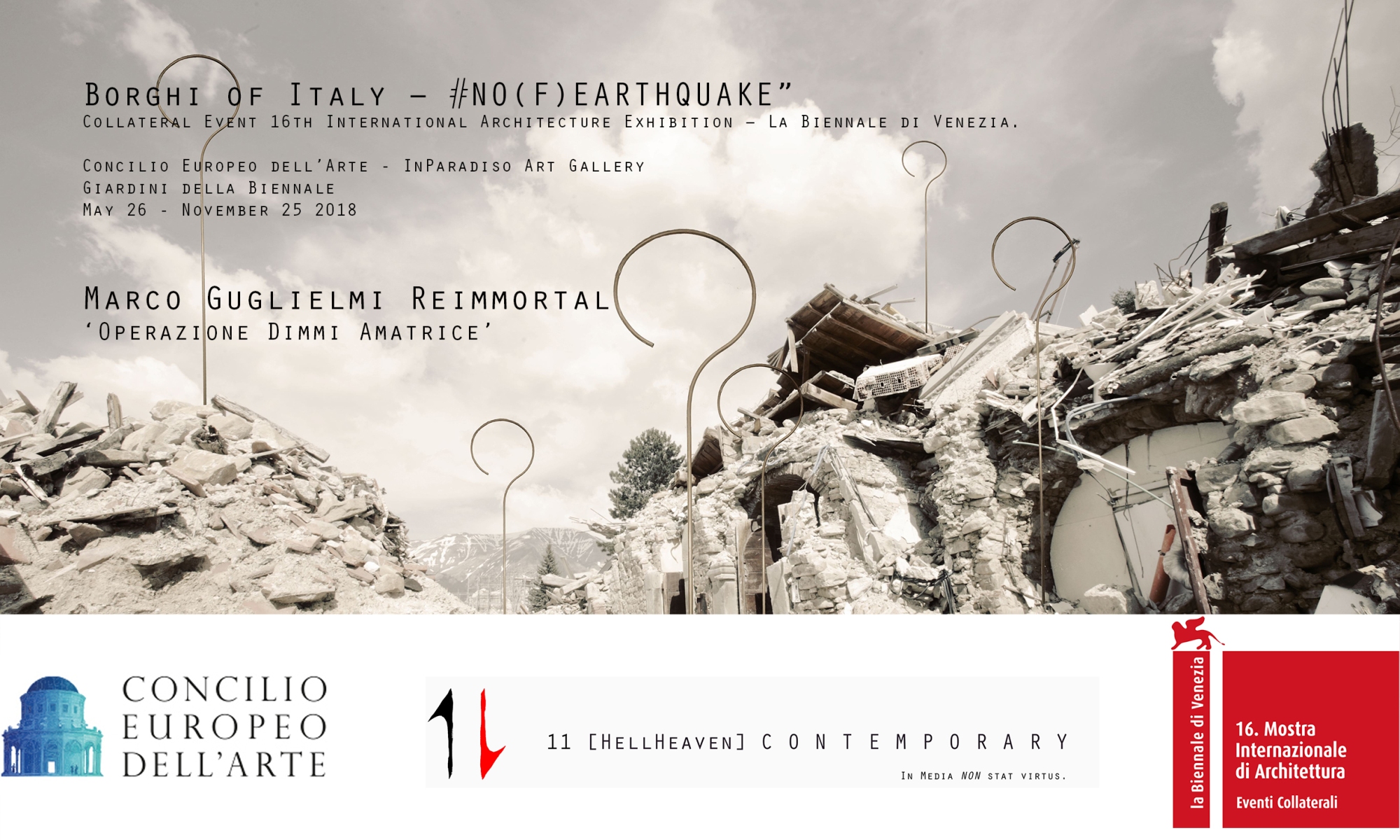 Our Heritage. Where the past meets the future.

‘Borghi of Italy – No(F)eartquake’ is labelled ‘European Year of Cultural Heritage (EYCH)’ as endorsed by the European Parliament and the Council of the EU.

Press Release ‘Operazione Dimmi Amatrice’ and ‘Borghi of Italy’
“Borghi of Italy – #NO(F)EARTHQUAKE” is a Collateral Event of the 16th International Architecture Exhibition – La Biennale di Venezia.
The exhibition, promoted by Concilio Europeo dell’Arte, is concerned on the seismic prevention and safety of our artistic heritage, and on the revitalization of those sites that are highly representative of our architectural tradition.

‘Operazione Dimmi Amatrice’ is dedicated to the ancient village of Amatrice in Lazio, destroyed by the earthquake in 2016. This project is the result of the artist’s collaboration with the municipality of Amatrice and the Department of History, Representation and Restoration of Architecture of Università di Roma La Sapienza. The Dimmies stand on the rubble of the village almost thoroughly destroyed by the earthquake in 2016, towering as an enigma, a conflict struggling for a response. 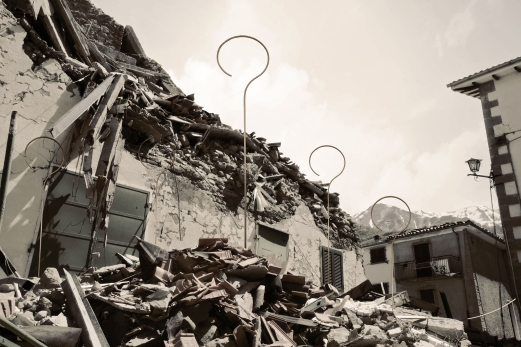 In the installation hanging from the ceiling of ‘InParadiso Art Gallery’ (Biennale di Venezia) a big Dimmi stands over the scale model of the Civic Tower, which is part of a large plastic representing Amatrice as it was in the mid-twentieth century.

The plastic model of the village, commissioned by Fondazione Santarelli and the municipality of Amatrice, was realized in scale 1:100 on the basis of a research conducted by University La Sapienza in Rome. This model will be donated to Amatrice and will act as an incubator of proposals and ideas from the local community, encouraging the scientific, academic and professional world to collaborate on urban and architectural projects.